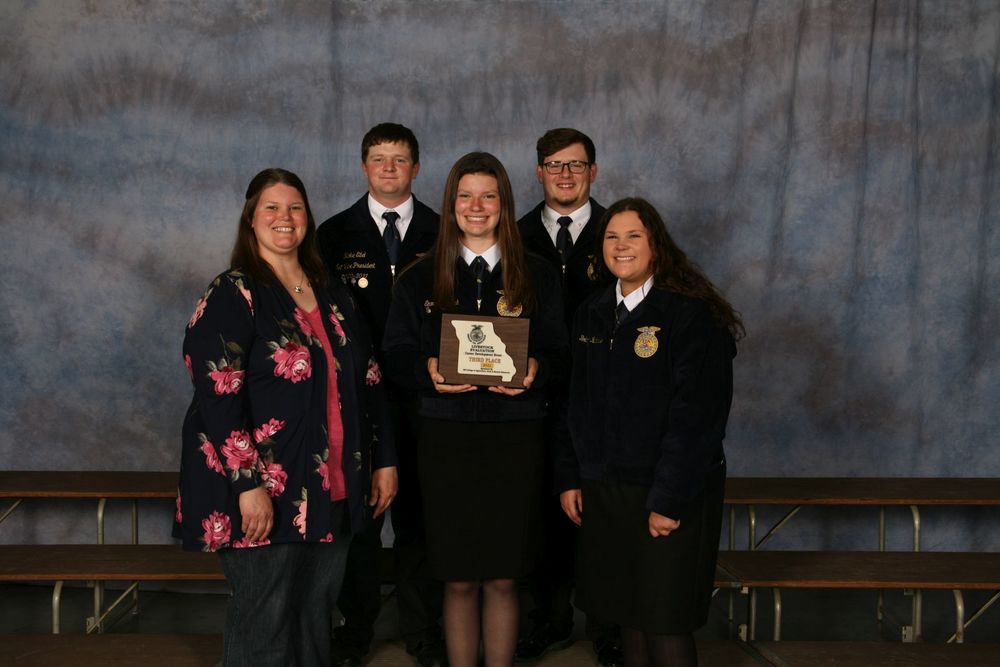 The Milan FFA Chapter placed third in the livestock evaluation career development event at the 93rd Missouri FFA Convention. There were 25 teams in the competition.

Participants in the contest evaluate beef, sheep, and swine using performance records and physical appraisals. The team members present oral reasons on three of six classes they judged to defend and explain the placing of the class.

Sponsored by the University of Missouri College of Agriculture, Food and Natural Resources, this CDE is one way the FFA prepares student members for career success. CDEs engage student learning and make a real connection to lifetime goals.

The FFA makes a positive difference in the lives of students by developing their potential for premier leadership, personal growth, and career success through agricultural education.